From the Archives of Poleta Mine and Mill 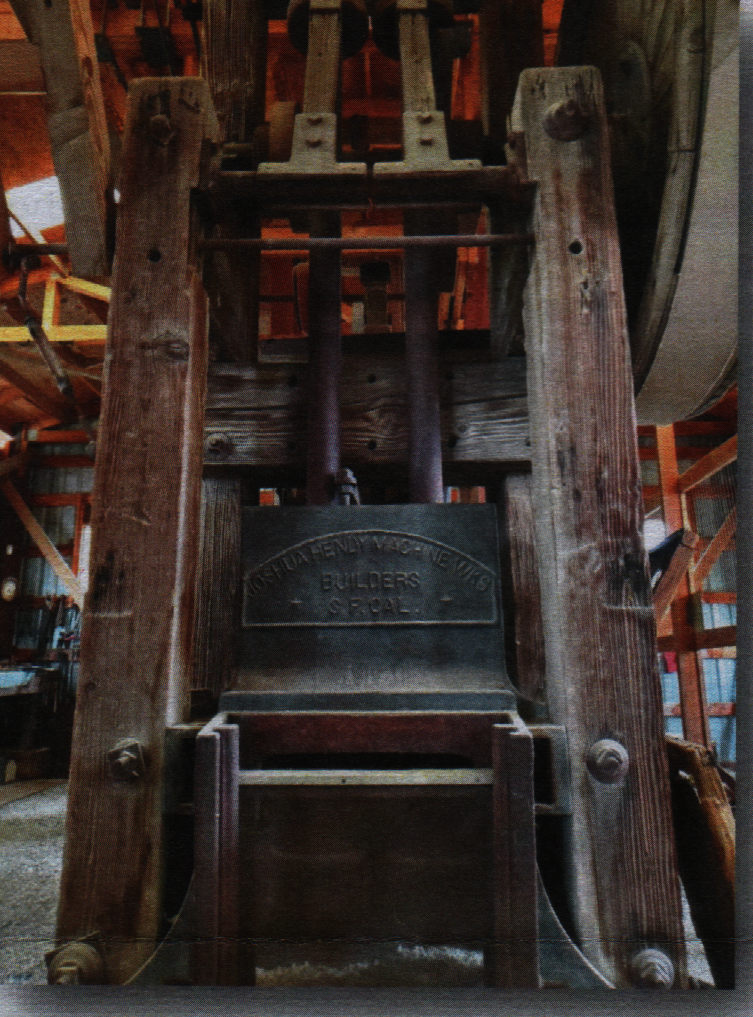 The stamp mill and feeder here at Laws Railroad Museum and Historical Site were built by the Joshua Hendy Machine Works in San Francisco California. . Joshua Hendy came to this country from Scotland in 1836 and learned the machinist's trade.  In 1851 at the age of 33 Joshua traveled to California and worked in San Francisco until 1852 when he had saved enough money to build a saw mill on the coast near Fort Ross. In 1855 he returned to San Francisco to manufacture parts for mills. By the 1860's the Joshua Hendy Machine Works was also making parts for mining and milling equipment.

Joshua soon learned that most of the damage done to stamp mills occurred ‘when the operator fed either to much ore into the hopper, which jammed the mill, or few to little, which allowed the stamp heads to hit the mortar base without the cushion of the ore, thus breaking the heads. Unfortunately, mosf mill workers of the day were either inexperienced or drunkards, very few men wanted to spend their day shoveling ore into a dirty deafening monster of a machine. To solve this problem Joshua invented, patented and started producing the Challenge Automatic Ore Feeder for stamp mills.  Joshua made improvements and brought out other patents. Soon he controlled the ore feeder market.

Joshua lived in San Francisco and ran the company until his death October 21, 1891. Samuel, Joshua's nephew fook over the business until his death in 1906, the same year that the great earthquake and fire destroyed the manufacturing plant. Samuel's brother John took over and moved the plant to Sunnyvale California. The Joshua Hendy Iron Works operated in Sunnyvale until 1956 when the business sold to Westinghouse Corporation. Westinghouse still has a facility there today.